There used to be a time and place
Where people as different as us lived peaceful lives
But that was simply, an illusion.

Over time, the fear of us being uncontrollable forces with an overwhelming amount of power that shouldn't even be realistically possible drove us away.
What else is there to say?
They were right about us, their fear was valid.
So valid that not only were we driven away from the luxury of society but from ourselves and our true nature.

I always used to read heroic comics about ‘staying true to who you are!’
And ‘fighting for what you believe in till the end!’
Now I know, those were only a child’s dreams.. a fairytale.
There was no such thing as complete control
Especially not for me
And a great many of us discovered that by impacting upon the world in numerous ways
That cannot be forgotten, nor forgiven.
We live with our burdens, our great sins.

I wish I could say a paradise was made for us
But I would be lying..
This place is a prison not a haven
And we keep ourselves here of our own free will.

If I were to say one line that would sum up my situation
And also apply to the other outcasts here?
I would say…
“We are the most powerful yet the most powerless.”

This is our story, Journal.
Sit tight… or should I say, close tight? 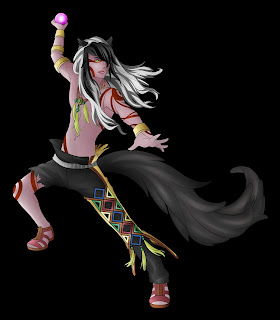 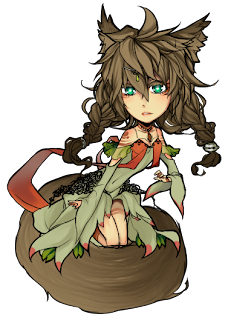 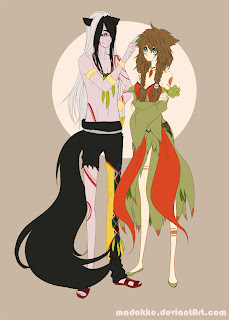 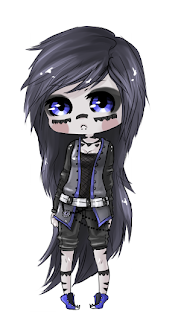 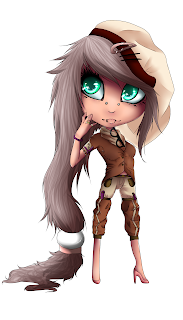 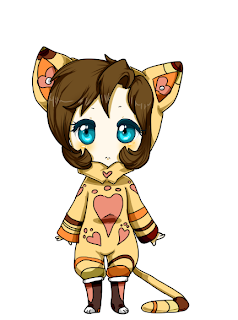 It was evident in her innocent blue eyes, in the voices of professionals fading and a strange unidentified smell filling her senses that she was intoxicated, the reason given that it was for her own good yet it seemed so far from it.
Phoebe had collapsed in the back of a white van as the gas was released as soon as the doors were locked shut headed for her next destination, her new home, another mental institution.
Being unconscious she had been oblivious to the world in motion around her and the van's driver dangling his cigarette out the window as he halted the vehicle by a traffic light without a care in the world, not even a slight bit of remorse for his job. As long as it paid well, people would be capable of almost anything.

This was Phoebe's new life.
Precisely the fifth time she had been transferred but the first time venturing to the heart of the city. Her case had been so mind challenging, so curious but more significantly- difficult. No psychiatrist had thus far determined the cause of her symptoms, of her insanity or had the least bit of understanding why her mind, her brain, her thinking capacity had taken this entirely new leap away from what is considered the norm. Funnily enough, no psychiatrist she had been in contact with had managed to maintain their sanity either.

The first psychiatrist was Dr. James Sullivan Humphrey.
An ordinary local psychiatrist who was friendly at face value but cruel once the doors to his office were closed.
When she walked in and opened her mouth- the man was as some would say 'scarred for life'.
After further analysis of what we may call a 'victim' it was concluded he was suffering from Hysteria.
The second and third and others following were quite similar but the last one had it worse off.
Dr. Tina Callico, a psychiatrist with a pretty face that could get herself a modelling deal any day if she had wanted to. Why she had pursued a life of helping and studying people is uncertain, but what is certain what had happened once she met Phoebe. Tina starting drinking, smoking.. and not just cigarettes. The confidence and grace that would radiate from her as she would enter a room had dwindled and died to a scared little girl running away from her problems by turning to both legal and illegal substances.
Dr. Tina Callico was found dead a week after from overdose and that was when, they had Phoebe transferred. Other psychiatrists who were aware of Callico taking Phoebe's case were baffled by how things had progressed. For you see, Phoebe and Callico had only had one single session and the assigned psychiatrist had died the day before the next scheduled meeting. Originally, the institution thought they had a shot and played their cards right. Dr. Tina Callico who had kept their session confidential was the first female to have seen Phoebe and also the longest to stay in her presense. A record of five minutes. Not long enough to analyse, but pretty good in comparison to the professionals before her.
Desperate times call for desperate measures.

The doors to the van opened, welcoming the light into the darkness of Phoebe's confinement as she lay still on her side helplessly and unknowing of what was to come.
The driver stepped out, slamming his door carelessly and with a slouched back headed for the back of the vehicle to shake hands with the person who had come to greet him. "Well here's your package." was all that was said as strangers dressed in white attended to the lifeless girl- placing on her a straight jacket and other requirements should she awake sooner than expected.

Q. to the effect of: Write a narrative that starts with "We wished that's how it was."

We wished that’s how it was.
That meeting was pure coincidence. That our experiences, distant memories of blood, pain and tears...
The friendship we formed to overcome the evil of this world...
Meant nothing at all...

It was 30 years ago when it first snowed in a small town called Melron. The pure white snow was stained by the blood of men.  The paleness of my father’s flesh mirrored the snow. Many sorrows filled the air accompanied by the strong smell of gunfire smoke. You could hear the cries of broken families. We were all victims yet we were all alone.
I was frozen for many reasons.  One was obvious, the cold. Two was due to the sight before my eyes, my father dead before my feet. I was wishing to be blind. Three was because of the ice cold chill down my spine, these soldiers were merciless. The opposite of pure yet they were just as cold as the snow.
A soldier kicked me but I didn’t budge. As I said, I was frozen.
My mind blanked. All I knew was..I was going to die. That I had no one. That this was the end.
He raised his gun and I felt it tap the side of my head. My heart froze along with me. I thought I was already dead. But then I heard a sound... laughter. And my heart started beating again.
My eyes shifted to the corner as I saw another child. A timid child like me laughing. The child had kicked the soldier. I laughed along too as if my worries were over. We laughed in harmony. There was a connection between us children. Perhaps it was because we had both lost our families. Perhaps loneliness and despair..had brought us together.
The soldier was angered by our joy. So we ran. We laughed out our pain holding hands as soldiers chased us with weapons and the intention of murder. We pretended it was a game.  Childish play like tag..

We hid for days in an abandoned slaughter house. I can’t help but think of how ironic that was. We had a bond that was strengthened by tears. When you cried, I cried with you as if we were one.
We talked about our lives before the war. We were so different yet so alike. I suppose the sadness we had experienced brought us together. As good companions.

We grew up together. You and I.
And my reliance and trust in you only grew stronger.  But then..

People were calling me crazy for being with you. They criticised us.  They told me you’re not real..that you my friend, were never there for me.
I couldn’t believe it. And I didn’t want to..

I was taken to an unfamiliar place. It smelled of soap. People were dressed in white... it reminded me of the snow. I was not nearly as calm as I was when I met you. Meeting these people was the same as meeting soldiers. Where they thought less of us.
They forced poison down my throat and you disappeared...vanished. I never saw you again.
They told me you were a figment of my imagination. A consequence of being traumatised. I did not want to believe but I had no choice.

You see my friend, I was so unsure of what I wanted. Believing you to be a real person would only do harm, for if you were there the pain of you leaving would only sting more.
We only wished that’s how it was..